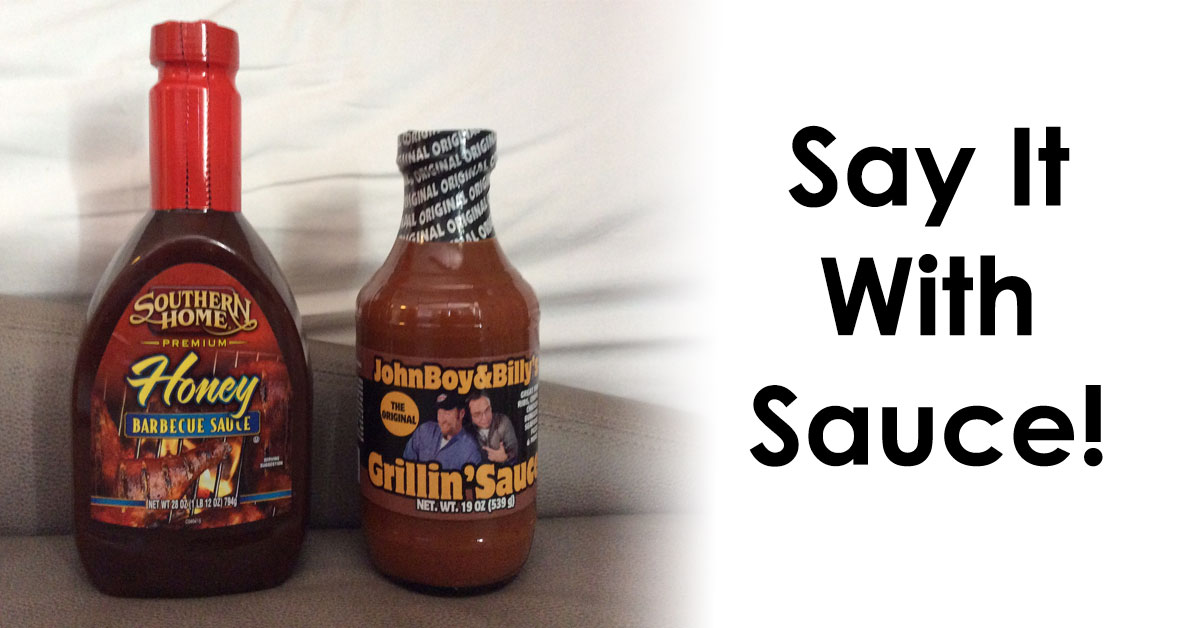 “When a woman says she doesn’t want flowers, you buy them for her anyway.” 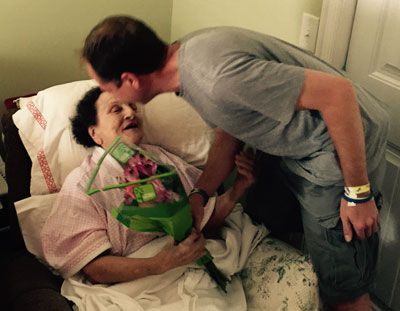 That’s what Brent Hardison tells me. And he’s right. He always takes his Momma flowers, even when she says she doesn’t want them. That’s just one reason why the ladies take Brent close to their hearts. Forget reading books about becoming a pickup artist; Brent is the all-natural real deal – a gen-u-ine smoothie!

Buying flowers for a lady will never be a wrong decision. But what does one man do for another man to show his appreciation? Buying a guy flowers could get me in serious trouble!

The question arose a couple of weeks ago when I was booking my trip to New Orleans. After being made to feel a complete idiot by Johnny at Hyatt Central Reservations, I wanted to find out whether I could get what I was asking for (which was nothing fancy). Johnny flat out told me that “Even the CEO of Hyatt himself can’t give you what you’re asking for – he also has to follow our terms and conditions.”

When Denella at Hyatt told me she had to put me through to her supervisor to take care of my request, I asked her if she could do me a favor and put me through to someone who wasn’t grumpy about working on a Sunday. She understood what I was saying – I wanted someone who I could ‘connect’ with. Unfortunately Johnny was just plain grumpy, even hostile.

All I wanted was to redeem my copious Hyatt Passport points against the hotel room that I wanted to stay in – a King room by the garden courtyard. I’d been saving my points up for two years for the right trip, and this was it. I was more than willing to pay the excess that my points didn’t cover. Instead of letting me have what I wanted, Johnny booked me into 3 different rooms for a 4-night stay, including an ADA (disability approved) room. Apart from my ability to talk excessively, my ADHD, my acid reflux and my occasional sciatica, I am NOT disabled. So I didn’t need everything in the room to be at knee height.

I was told by Johnny that the hotel was fully booked and I could not have the room I requested. But I was also told that terms and conditions prevented me from having that room.

So I asked why, if I booked the room with my debit card on the Hyatt website, they WOULD sell me exactly the same room I wanted but was told was unavailable.

“I don’t understand why you’re confused,” he told me.

‘No’ Is Not An Acceptable Response

I’m not going to share a blow-by-blow transcript with you. Let’s just say that Johnny was not a man to do business with. For me, especially when I’m staying away from home and looking for a high-service hotel to run around me (instead of the other way around), “No” is not an acceptable response.

As soon as I’d put the phone down at the end of the call with Johnny, I called the hotel directly and was put through to Derek Chivers, the Front Office Manager who was working that Sunday.

I explained how I felt like such an idiot, but was I asking for anything crazy, or was there anything Derek could do to help me?

“Mr. Aronowitz, I’m going to do what according to Johnny in Omaha, not even the CEO of Hyatt himself can do – I’m going to give you exactly the room you asked for!”

Well gee whizz! Knock me down with a feather and slap me sideways!

Derek was as good as his word and better. (Why do I sometimes feel like Charles Dickens?).

Not only did Derek give me the room I requested, the hotel also ensured, through daily manual intervention, that I didn’t have to keep returning to the front desk to have my key-card updated to let me into the room.

According to the computer, I still had three different reservations covering the 4 nights and that meant having to reset the computer to cover my key-card. Derek ensured that it was on the action-list for the front desk office every morning, so that I wouldn’t even have to see them if I didn’t want to.

Say It With Sauce!

How do you thank a man like Derek, for doing what “not even the CEO of Hyatt himself can do”?

With barbecue sauce, of course!

I had asked Derek at the end of our phone conversation if he enjoyed outdoor grilling, and he answered in the affirmative.

“Let me bring you a jar of Carolina BBQ sauce then,” I told him, “to say thank you.”

“A firm handshake is ‘thank you’ enough,” Derek told me.

Somehow I knew that Derek would be better than his word, so I was too. I brought him two jars of sauce. They weren’t fancy, and they weren’t expensive, but it wasn’t about the price. I would have spent $100 to say thank you for taking care of me if I’d found the right sauce.

Derek isn’t new to the job. He has to talk to customers, face-to-face, every day. He knows how to make them happy. I hated having to bother him in the first place and we both thought it a shame that he had to fix the mess made by the jackass in Central Reservations. For Derek though, it’s just part of the job.

Let me say that again. Giving customers what they want is just part of Derek’s job. Derek knows how to put the sauce into his guests’ experiences.

After getting plain-old-crap, getting what I wanted was enough to blow me away. It made Derek stand out. (Shankman, you were right!)

Giving Derek some sauce to say ‘thank you’ was the least I could do. But apparently, very few guests will do that sort of thing. So in Derek’s mind, the sauce made me stand out too.

No doubt, Derek and the sauce will feature as one of my on-stage tales when I talk to a room full of furniture and mattress retailers at the Mattress Success Summit in Ohio next month. My friend, Pete Primeau, helps them “Sell A Million!” and he’s organized the event to give them the tools and merchandize to do that. I’ll be sharing the secrets to getting outrageous online reviews and testimonials.

The first secret is to put some sauce into everything you do.

Put Sauce In YOUR Business

Sometimes though, you’re just so focused on other things that you’re not thinking about how to put serious sauce into everything you do. Then, if you do try to think about it, you can be so close to what you’re doing that you can’t see the sauce for the trees.

As a pedantic customer who likes to be blown away by outrageous service, I know how to put that serious sauce into other businesses. My brain fires away with those kinds of ideas all the time. It’s just the way I’m built.

For the business owners who are attending my new Ultimate Mastermind Group in North Carolina at the end of September, that’s one of the many things they’ll get from the exclusive 2-day experience.

Even better, they won’t just get my ideas. A Mastermind Group means that everyone in the room has something to offer. Each business-owner has their own experiences and their own perspective. We will all be helping each other to take our businesses to the next level, to ramp up our marketing and put some serious sauce into the experiences we’re building for our clients and customers.

Will you be one of those people?

Click the button below to find out more about my Ultimate Mastermind Group.