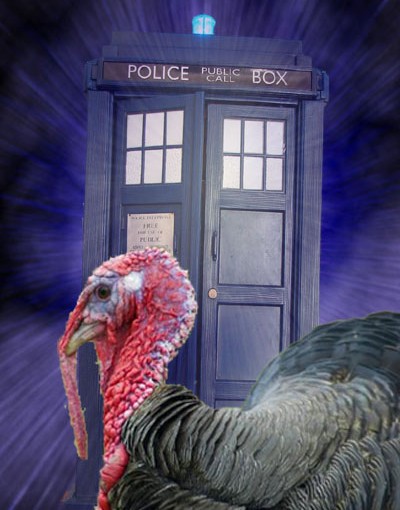 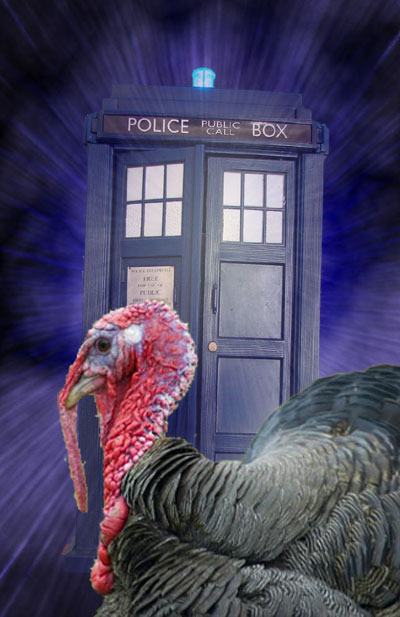 50 years ago, an event took place that changed the world.

The day after the assassination of John F. Kennedy, on November 23rd 1963, a new TV show started in the UK on the BBC that became the longest running sci-fi show in the world.

It wasn’t always a success though.

Now before I go on, don’t close this email by mistakenly thinking this is just me geeking out about a sci-fi show – there’s a huge marketing lesson here….

I actually know some 50 year old turkeys. I hope you’re not one of them. I’ll help you figure out if you are one, later in this post.

In 1989, after running the show into the ground, the BBC decided to axe Doctor Who. So how did I end up watching the 50th Anniversary special episode, live in my office in South Carolina on Saturday?

Like many others, including the producer and show-runner responsible for relaunching Doctor Who in 2005, I’ve always been a big fan of the show. I grew up watching the episodes made when I was a kid (starring Peter Davison) and the re-runs with the previous Doctors (Jon Pertwee, Doctor number 3, was my favorite).

The show always had a market. It always had an audience. The BBC missed that when they killed it off in the late 80s.  Thankfully, fresh blood realized this was the case and it was resurrected eight years ago. It’s since become one of the biggest exports and money makers for the BBC.

To be able to regenerate the show and regenerate the Doctor with new actors, the show had to have staying power. Some clever person figured out the ‘regeneration’ bit to explain the change of actors in 1966 when William Hartnell, the first Doctor, retired.

Like any business that has been around as long as the Doctor, the show had to keep up with the times, understand its audience and change accordingly. When the show came back it made use of computer generated imagery (CGI), something the first producers of Doctor Who couldn’t even have dreamed of.

At the heart of any sustainable business, like Doctor Who as a sustainable show, is the market – the audience.

To keep going for 50 years, you have to understand that tastes and the environment change. You have to adapt to give your market what they want.

What was marketing 50 years ago? TV was still young. Radio was hugely important. Newspapers and magazines kept people informed. It might take a month to learn about something ‘newsworthy’.

The internet changed that. So did social media. Facebook is a social gathering on technological steroids. YouTube is the TV station that anyone can start for free, AND be found by their target market.

So who are these 50 year old turkeys I mentioned earlier?

These 50 year old turkeys are still doing things the old fashioned way and aren’t interested in keeping up-to-date. Like the person who cancelled their continuity membership for someone else’s program two weeks ago because the latest advice was about how to attract more clients with video on YouTube, the second most popular search engine in the world.

“I don’t do video, so I didn’t have an interest,” he said in his cancellation notice. “The message wasn’t for me.”

Dumbass! The message was exactly for people like him! He’s missing his market. He’s becoming a 50 year old turkey.

Then there’s the whole bunch of people at a recent event who wanted to reach their ideal clients with social media.

“Hands up those of you who are using Facebook personally,” I asked the crowd.

They’re missing their market. If you’re not on Facebook and developing an understanding of how people are using it to communicate, then you’ll never be able to reach your ideal clients there.

That was a room full of people waiting to become 50 year old turkeys if they don’t get with the program.

And here’s the point. I’m in the USA where it’s Thanksgiving today. It’s all about turkeys. They’re not eating pasta here for Thanksgiving. If you’re a turkey, I wish you the best of luck.

So how to you figure out if you’re becoming a 50 year old turkey? It’s simple really. Someone in your business needs to have the responsibility for keeping on top of new developments and making them a part of what you do.

You don’t have to use Facebook yourself if you’d never be the person using it for your business, although I still think you’re missing out. You don’t have to be the person creating and uploading videos for YouTube if that’s not your thing. But someone needs to do it for you because if you’re not doing it, you’re losing out to your competition who, I guarantee you, ARE doing it.

Leadership comes from the top. It’s up to you to set the example for everyone else who works in your business. If you’re too busy to keep up to date and no one else is doing this for you, one day you’ll wake up to find you’ve become a 50 year old turkey.

I’ve got three possible solutions for you if feel like you’ve just been basted.

While I’m camped out in South Carolina during this holiday season, I’m putting a new business together that could give you Option 3, but only if you’re serious about not being someone else’s Thanksgiving dinner. My business partners and I are very serious about what we’re going to achieve for a select group of entrepreneurs who refuse to be 50 year old turkeys.

I’m grateful for the opportunity to help other entrepreneurs stay on top new marketing channels and technology and feed great marketing into them. In 2014, you could be one of those entrepreneurs I help.

There are always opportunities out there if you know how to find them and make the most out of them. Maybe we could help you do that. Don’t become the 50 year old turkey.

By the way, maybe you were wondering exactly how in the world I was able to watch the 50th Anniversary episode of Doctor Who live, in my office, in South Carolina on Saturday? It’s all about understanding how to make the most of technology. The answer is “the internet, some clever trickery, a projector, a killer sound system and a sofa.”